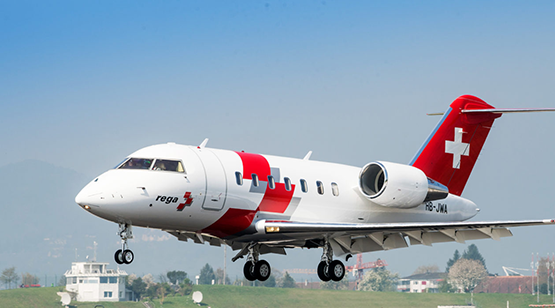 Air medical services may be a collective term covering the utilization of air transport: airplane or helicopter, to maneuver patients to and from healthcare facilities and accident scenes. Personnel provides comprehensive pre-hospital and essential care to all or any sorts of patients during aeromedical evacuation. They also carry out rescue operations aboard helicopter and propeller aircraft or jet aircraft. Several people in India don’t get medical attention within the golden hour, which is crucial in saving lives. Where it will take the ambulances 20 minutes to reach the scene, medevac has the ability to reach in 10 minutes.

An air ambulance is either a special helicopter or fixed-wing aircraft that transports injured or sick people during a medical emergency. They have the ability to reach the remote areas where the wheeled ambulance won’t be able to get. Furthermore, fixed-wing planes transfer emergency patients overseas in a matter of hours. These and related operations are aeromedical operations. The same air ambulance is sent to look for a missing or a wanted person.

Also, the Air Traffic Control (ATC) grants special treatment to air ambulance operations, similar to a ground ambulance using lights and a siren. Only they’re actively operating with a patient. When this happens, air ambulance aircraft take the decision to sign MEDEVAC and receive priority handling within the air and on the land.

These air ambulances have enough equipment to support the patient until they reach the hospital.

Factors Affecting The Cost OF MEDEVAC

Air ambulance companies face several hurdles when getting patients home from a far-off country. The further away they’re, the upper the fuel costs are for the medevac back home.

Here are the different factors affecting the air ambulance cost:

If an air ambulance takes patients from a far-off country to the closest center of medical excellence, it will cost less. However, if the family of the patient wants them to be taken home for treatment, it will cost more. So, as the distance increases, cost increases as well.

Moreover, critically ill patients may have a helicopter ambulance evacuation as it can take off and land at the hospital without requiring any ground ambulance, making the journey shorter. On the other hand, people flying after a stroke may require an aircraft with special medical equipment and professionals to ensure a safe trip to the nearest facility.

3. Medical Staff To Escort The Patient

The medical crew accompanying a patient within the air ambulance also affects the cost. The staff will include pilots, nurses, and doctors to supply emergency medical aid during the flight. This ensures that the patient is safe until they reach the hospital.

4. Permission To Travel To High-Risk Areas

Costs rise if the patient is from a place that is considered a high-risk area or is a combat zone. In such cases, it’ll be even more expensive to request permission for MEDEVAC. This is why the air ambulance cost increases as well.

When patients are evacuated using flights, airports charge landing and handling fees. This immediately affects the value of medical evacuation. Extra fees can also be charged if the airport is kept open for the air ambulance to land or take off.

So, as mentioned above these are five factors that majorly affect the air ambulance price. Moreover, the question is how much does the air ambulance cost? Generally, a MEDEVAC is going to cost you around Rs. 1.6 lakhs to Rs. 2 lakh per hour.

Moreover, air ambulance services are necessary as well as essential in times of need. The air ambulance cost are always overlooked as the safety of the individual is more important than money.

Book A Free Consultation Right Away